Data Centers Underway for Opening in 2021 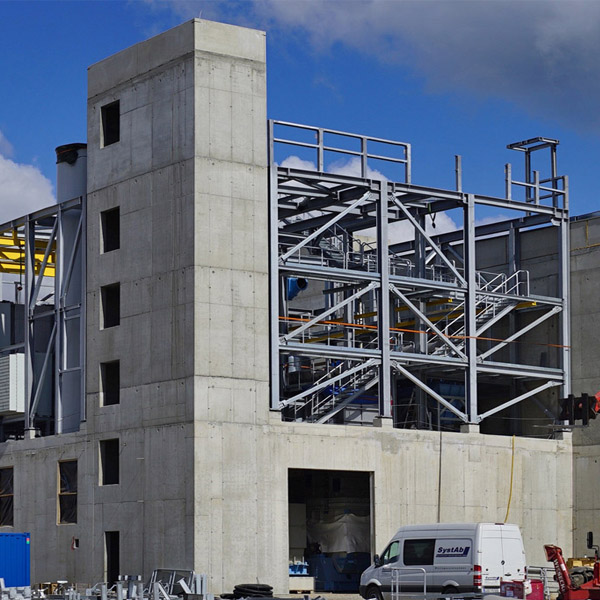 LOTS OF FACILITIES FOR THIS YEAR

Unprecedented huge requests for data centers spurred by the outbreak of the Covid-19 pandemic and concurrent lockdowns have sent lots of data infrastructure service providers to the field for new constructions and expansions of existing facilities.

Already, some new data centers have been opened last year, while much more are scheduled to open in 2021. Let’s keep you abreast with the data centers to expect this year.

GDS announced that the construction of Phase 1 is expected to be completed in early 2021.

Microsoft to Launch Its First Cloud Region in Israel

Microsoft announced its plans to launch its first cloud region in Israel, starting with the construction of a data center to serve customers’ data residency needs, with plans to open the facility in 2021.

In compliance with the European Union General Data Protection Regulation (GDPR), Microsoft cloud services, starting with Azure will be offered from this new data center facility and followed by Office 365.

The new infrastructure will be Global Data Center’s second facility and it is expected to be online by 2021 while construction should be completed towards the end of 2020.

Code-named NLE (Netwise London East), the 1.5MVA facility will accommodate up to 256 racks across four data halls and will be joining the company’s existing private and partner data centers to expand Netwise London footprints. The new site will interconnect with Netwise London Central, an 11,000 square foot facility which was built in 2016.

NLE is located near the large Telehouse Docklands campus, one of Europe’s interconnection hotspot and the new facility is scheduled to launch in 2021.

The campus will house four data centers PAR8, PAR9, PAR10 and PAR11 which will together, provide a capacity of 85MW to Interxion’s customers across 40,000 square meter of space.

As announced, PAR8 will be the first data center to go live on the campus. Upon full build, PAR8 will offer a total of 9,600 square meter space and 19MW power capacity. Its first phase which will deliver 3,200 square meters of space is expected to open in late 2021.

Flexential to build a 36MW Data Center in Hillsboro

Joining the company’s FlexAnywhere™ ecosystem, the new 36MW data center will be developed on a 20 acre land outside of Portland metropolitan area, adding to its Pacific Northwest campus. This project also marks Flexential’s largest data center expansion to date, which is expected to meet its infrastructure needs during the COVID-19 pandemic and beyond.

As announced, the new Portland-Hillsboro 3 data center is already available under pre-lease while Flexential plans to break ground in 2020 summer and open the facility in 2021.

MDXi, the data center subsidiary of MainOne, will build and operate the Tier III data center. The building of the new Ghana facility has now commenced, as the government of Ghana eases the COVID 19 spurred movement restriction in Accra, which is about 20 kilometers from the data center site.

Due to the delays caused by the COVID-19 pandemic, the project was rescheduled to be completed in Q1 2021.

The new Seoul data center is expected to be ready in Q4 2021, strengthening Digital Realty’s presence within the Asia Pacific region, where the company currently operates a network of data centers located in Tokyo, Osaka, Hong Kong, Singapore, Sydney and Melbourne.

Qatar based data center service provider Meeza, launched its fourth data center in Doha, for which construction has now begun.

The new data center M-Vault 4 is sited on Qatar Science and Technology Park (QSTP), which is part of Qatar Foundation Research Development and Innovation. The facility is reported to be in line with Qatar’s digital transformation agenda towards a knowledge-based economy, as part of its National Vision 2030.

The new data center project is expected to be completed and opened for use by mid-2021, which may coincide with the expected arrival of global hyperscale data center and cloud services giants such as Microsoft and Google Cloud.

Interxion, a Digital Realty data center services company announced the completion and opening of the first phase of its latest Marseille facility MRS3, developed on a former World War II submarine base known as Martha.

Martha is an abandoned base and has been lying still for decades, the building which is also a bunker was built to be highly resistant to physical attacks or destructive impacts – its specifications include terraced reinforced concrete to a thickness of about 5.5 meters, the ability to withstand around 10-tonne bombs, a length of 250 meters and a 12-metre high surrounding wall.

The company plans to have a total of 16.5MW capacity on the data center and approximately 7,100 square meters of fully equipped IT space once all three phases are completed by 2021.

Real estate investor and manager Cromwell, entered into a partnership with Stratus Data Centres to setup up a data center fund that is worth US$1 billion.

The new Stratus Cromwell Data Centre Fund (SCDC Fund) seeks to invest in and manage the rollout of a data center property platform across Europe and Asia Pacific. Powered by its data center industry experience, Stratus will be responsible for project development, leasing, design and construction, leveraging the network of its parent company EXS. Cromwell will bring in the capital alongside its funds management and real estate investment experience.

As announced, 25% of the fund portfolio has already being identified through the first two data center sites. The first project is a two-stage 100MW data center, which will sit on a 6-acre London site. Expected to be completed in 2021, the facility will be located on fiber optic routes in the east of the city, and powered by renewable energy.

NTT is Expanding its Footprint with 9 New Data Centers

The new global data centers division of NTT Ltd., announced the expansion of its worldwide co-location data center footprint with the development of nine new facilities across markets in India, the UK, Japan, US, Germany, Malaysia and Indonesia.

The new Chicago data center campus is located on a 19-acre site that is expected to accommodate a pair of 36MW two-story data center buildings. The first building will bring 6MW online in Q1 2021, as announced.

New data center in Jakarta, Indonesia. The new Jakarta 3 Data Center (JKT3) is designed to have up to 18,000 square meters of data center floor space for about 7,800 racks and a capacity of 45MW once fully developed. The facility was earlier scheduled to be ready by the end of 2020, but the company has pushed the opening to the first half of 2021.

According to NTT, Hemel Hempstead 4 Data Center project is part of its £500 million expansion plan in the UK market. The new facility will join the company’s other UK expansion project such as London 1, which is expected to open this autumn 2020. Upon completion of NTT’s current UK expansion projects alongside its five existing data centers in Hemel Hempstead and Slough, the company expects to have a total of over 100MW capacity in its UK portfolio.

As announced, the opening of the first phase is scheduled for Q4 2021.

The planned Tier III facility will sit on a six-acre site in the County’s Global Business Park, and feature 45,000 square feet of data center space, which is expected to meet the demands of organizations across the Carolinas and North Georgia.

Construction of the planned data center is expected to begin in the first quarter of 2021 and be operational by the third quarter.

According to the company, these expansions are responses to the increased customer demand for hyperscale data center space in recent months. The 68MW expansion projects include the construction of additional data center facilities at Vantage’s Northern Virginia campus and its second Silicon Valley campus.

AZP-2 is a three-story purpose-built hyperscale data center which is expected to span more than 530,000 gross square feet, and deliver 48MW of total IT capacity at full build. The facility which sits on Iron Mountain’s 40-acre Phoenix campus is powered by 100% renewable energy and directly connected to the company’s existing 47MW operational data center AZP-1 in Phoenix and AZS-1 in Scottsdale.

The Phoenix AZP-2 data center lease is expected to commence in the third quarter of 2021.

Stack Infrastructure announced the expansion of its Hillsboro data center portfolio with the groundbreaking of its new POR03 campus located at 4735 NE Starr Blvd in Hillsboro, Oregon.

The new 28-acre campus will include an initial 24MW data center building. Upon full build, the campus is expected to offer a total critical load capacity of 84MW, and will be supplied power by Portland General Electric through a new 34.5kV substation which is less than a quarter-mile from the campus.

According to the company, the initial 24MW building is scheduled to be ready in Q3 2021, and will be immediately adjacent growth potential.

The 121,000 square foot data center will be a carrier-neutral facility located at the center of major fiber routes following diverse paths to Tier 1 long haul and metro providers. According to Prime Data Centers, the new facility is expected to deliver up to 9MW of critical power, and benefits from lower utility rates than other Bay Area providers due to its location outside of the San Francisco metro area.

Prime’s new Silicon Valley facility is scheduled to be ready for tenants in late 2021, and developed to join the company’s existing facilities located across California, including Prime’s Sacramento 70,000 square foot facility in McClellan Park, CA, and a fully-leased facility in Hayward, CA.

Equinix Inc., announced the expansion of its footprints with the development of a new International Business Exchange (IBX®) data center in Perth, Australia.

Code-named PE3, the planned facility marks Equinix’s 18th data center in Australia, and third IBX® data center in Perth. Upon launch of the facility, the new data center is expected to provide access to more than 1,045 companies, including 215 networks and 395 cloud providers, according to Equinix.

As a result of the customer win, Macquarie’s total capex is expected to increase by $40 to $50 million this financial year, totaling $180 to $200 million. This is anticipated to create hundreds of new jobs over the year ahead.

The IC3 East build is expected to reach completion in February 2021.

Handled by NTT’s Global Data Centers division in EMEA, the new site will house the company’s Madrid 1 Data Center which is designed to span 3,600 square meters and offer 6MW of power capacity to its clients or customers. This facility will further provide access to multiple carriers and cloud providers though NTT’s Multi Service Interconnection Platform.

Expected to be ready for customers in Q3 2021, Madrid 1 Data Center will sit on NTT’s 12,516 square meter site at Európolis Business and Technology Park, in the municipality of Las Rozas, located about 20km northwest of the city of Madrid itself, on the A-6 freeway to A Coruña.

Equinix announced the expansion of its Asian portfolio with its fifth International Business Exchange™ (IBX) data center in Singapore, to be named SG5.

Equinix SG5 is a new purpose-built, nine-story facility that will be located at the Tanjong Kling data center park. With four current IBX data centers spread across the city-island-nation, SG5 is expected to strengthen Equinix’s cross-island presence and bolster Singapore’s Smart Nation initiative.

The first phase of SG5 is scheduled to open in the first half 2021, providing an initial capacity for about 1,300 cabinets.

The new Stockholm data center is codenamed SWE01: SIF DC, which is designed to have a total IT load capacity of 11.2MW with racks that can host up to 40KW air cooled infrastructure and over 100KW for liquid cooled infrastructure. Spanning 6,400 square meters, this data center facility is also atNorth’s flagship AI and high-performance computing Infrastructure-as-a-Service (IaaS) project.

The new hyperscale data center campus is located in Winterthur, Switzerland, about 25 kilometers northeast of Zurich. This seven-acre campus is planned to feature four multi-story data centers spanning a total of more than 400,000 square feet (37,000 square meters) once fully developed.