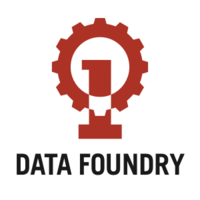 According to the company, the new 4MW data center is a response to increased demands for data center space in the Houston area and will therefore, be an addition to its existing 350,000 square feet Houston 2 campus.

“We’re proud to be part of a business that enables companies to grow and conduct business with more security and reliability,” said Mark Noonan, chief revenue officer of Data Foundry.

“We look forward to providing a foundation for businesses’ mission-critical IT infrastructure, empowering them to focus on their core business while we ensure it stays up online.”

Data Foundry Houston-2 facility which is on the Greenspoint district of Houston, has a power capacity of 60MW and a disaster resilient infrastructure that can withstand up to 185-mph wind.

The company added that the data center provides 100% uptime through storms with facilities for employees who may have to remain at the premises throughout major weather events.

Data Foundry has been operating its data center in Houston since 2002 with the 8,000 square feet Houston 1 located in the Marathon Oil Tower at 5555 San Felipe St. and Houston 2 which was built for resiliency got opened in 2015.

In October 2018, an Australian oil and gas seismic technology company DownUnder GeoSolutions (America) LLC, or DUG, chose Houston colocation data center to house its new supercomputer. It was a 15-megawatt lease deal at Dallas-based Skybox Datacenters LLC’s facility in Katy. DUG fired up a portion of its supercomputer, dubbed DUG McCloud, in May.

In its base town, Data Foundry operates the Austin 1 and Texas 1 and 2 data centers, the later was opened in early 2018.

The company added that the new data center facility is expected to be completed by Q4 2019.