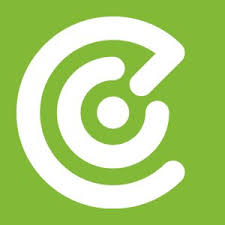 Last week, the data center provider Element Critical announced that its expanding into the Chicago market with acquisition of two data centers in suburban Wood Dale, Illinois. This deal means that Element Critical will be positioned into a third market, as it currently has operations in Silicon Valley and Northern Virginia.

Central Colo, as Element Critical was previously known, is an expansion-minded data center provider backed by the global investment firm Safanad Capital and private equity firm Industry Capital. The company is known to serve smaller deals in big markets, with their main focus being enterprise customers.

The two data centers the company has acquired in Chicago encircle an area of 195,000 square feet of data center space. Wood Dale, where the data centers are to be located, is in the suburban Chicago market, 17 miles west of downtown Chicago and 2 miles from O’Hare International airport. Element Critical did not put a name to the seller, but Sungard Availability Services is listed as operating two facilities in Wood Dale.

The data centers will feature 111,000 square feet of raised floor and up to 15 megawatts of available power capacity.

“Element Critical is building a world-class data center platform and Chicago is the natural next step in our national expansion strategy,” said Ken Parent, CEO of Element Critical. “We are investing more than $40 million to develop and enhance the Wood Dale facilities to immediately provide customers with strategic, customized, and flexible colocation solutions.”

“We’ve looked at this market for a while,” said Jason Green, Chief Technical Officer of Element Critical. “It was a challenge to find the right facility for us and for our customers. Our value proposition is rooted in solution engineering where we go beyond just space, power and cooling. We’re not just running head-long after multi-megawatt deals. We’re here to support to 300 to 500 kilowatt requirements.”

Ken Parent, who was previously CEO of ByteGrid, makes the observation that there is an chance in the market to be able to build a national platform of data centers by using a sale/leaseback strategy to buy facilities with already existing tenants and with available expansion space. The acquisition in Chicago stands on this vision.

“It gives us another market in the center of the US, and another time zone,” said Parent. “There’s a lot of enterprise customers in Chicago, and bunch of sub-megawatt demand there.”

Parent says Element Critical will carry on to look for opportunities to expand through the purchase of already existing data centers, with the backing of Safanad and Industry Capital.

“From a capital perspective, we’re fortunate to have financial backers who will support our growth and support an acquisition strategy,” said Parent. “We expect to be growing two to four sites per year.”