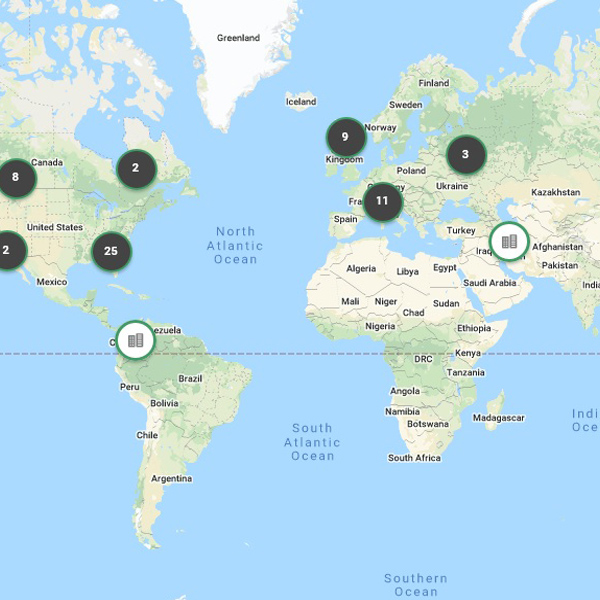 2020 is a year mixed with lots of unprecedented challenges in the data center and every other industry, which were mainly caused by the horrific outbreak of the Coronavirus (codenamed COVID 19).

While the traffic to lots of business premises were diminishing, the traffic on the route to digital solutions, products and services skyrocketed in an unpredicted manner, placing a huge demand on network, computing and data housing facilities.

Data centers infrastructure robustness were put to test with lots of traffic and the need for expansions was inarguably necessary. This called for unprecedented expansion expenses which on the other hand, is now yielding unexpected profits or investment returns.

Hence, we will be celebrating 2020 Christmas with lots of new data centers which were completed and opened this year. Let’s checkout our new neighboring facilities:

Latin American colocation provider Ascenty, started 2020 with the addition of a 24,000 square meter data center facility to its Brazil portfolio in January.

This facility is sited in Vinhedo, a municipality in the state of Sao Paulo in Brazil and the company revealed that it spent about $49 million on developing the facility, featuring an energy capacity of up to 40MVA.

This 70,000 square foot facility is the company’s first data center to be developed on the 38-acre Prime campus with a dedicated 50MVA sub-station on-site.

To end January 2020, cloud service provider iland, launched a new cloud region in Canada with the opening of its data center facility in Toronto, Ontario.

US Signal Opens a New Data Center in Michigan

Data center provider US Signal, officially opened its new data center in Van Buren Township, Michigan, sited on the outskirt of Detroit. Opened in March 2020, this Tier III facility currently spans 25,000 square feet and it is the company’s second data center in the Greater Detroit Area.

In March, Equinix opened the first phase of its third data center (WA3) in Warsaw, the capital of Poland with an investment of approximately $34 million. The facility provides a capacity to house 475 cabinets with more than 1,400 square meters of colocation space.

The facility provides an initial colocation space of 45,400 square feet which has the capacity to accommodate up to 1,400 cabinets.

Upon full build, SG4 is expected to provide colocation space of about 132,180 square feet and accommodate up to 4000 cabinets.

The second quarter of 2020 was started with Oracle opening its new Cloud region in Montreal, Canada, making the country one of its recent location which offers dual cloud regions.

Also in April, Google opened its new cloud region in Las Vegas, bringing its total to seven regions in the United States and 23 regions globally, as at the time of announcement. The new cloud region consists of three data centers which serves as availability zones.

Dataplace is a carrier neutral data center operator that in May, opened its sixth facility in Hoofddorp, a town of the Haarlemmermeer municipality in the Netherlands.

Oracle opened its new India cloud region in Hyderabad, which makes a pair with the pre-existing facility in Mumbai. The provision of a second cloud region in India is in line with Oracle’s dual region strategy which is targeted at customers that requires multiple independent cloud regions.

Interxion, a Digital Realty company completed and opened the first phase of its latest Marseille facility MRS3, developed on a former World War II submarine base known as Martha.

Upon full build, the company plans to have a total of 16.5MW capacity on the data center and approximately 7,100 square meters of IT space.

Georgia based colocation service provider Colo Atl, opened a new Edge data center which is located in the Ben Hill, about 10 miles southwest of downtown Atlanta.

As a portable facility on the network edge, the new data center features 360 square feet of floor area, 100KW of power capacity, 20 quarter-cabinet lockers, and 3 full cabinets; all for customers.

The facility is also developed to be a neutral-host edge data center and directly connected via dark fiber to Colo Atl at 55 Marietta downtown.

Stream Data Centers opened the first phase of its newly constructed 15MW data center in Chicago. The 127,000 square foot data center facility is sited in Elk Grove Village, which is about twenty-two miles from downtown Chicago and less than nine miles from the O’Hare International Airport.

The new Tier IV data center is sited 850 feet above sea level and 10 miles inland, which Servpac claims to be a naturally secure location, offering hurricane protection and located outside of major flood and tsunami evacuation zones.

The San Jose facility also hosts the sixth multi-cloud interconnection between Oracle Cloud and Microsoft Azure, which allows customers of both companies to explore Microsoft Azure and Oracle cloud services from either network or environment.

QTS has leased 100% of the first phase of development at the 92 acre campus to a global software-as-a-service provider representing approximately 4.5MW. The full data center project targets the development of a 158,000 square foot facility, encompassing 85,000 square feet of leasable capacity and 24MW of gross power capacity.

Oracle corp. announced the availability of its first second-generation Cloud region in the United Arab Emirate (UAE), precisely in Dubai.

The company further stated that the new Dubai cloud region will be supported by a second region in the UAE which is part of Oracle’s dual-region strategy.

DigiPlex opened a new 6MW data center in Holtskogen Business Park at Hobøl in Indre Østfold, which marked the company’s fifth facility in Norway and seventh in the Nordic region.

The new 4.5MW data center (Phoenix I) is the first of five buildings planned for Stream’s new 157-acre campus in the West Valley.

Upon completion of all phases, the campus is expected to span about 2 million square feet of critical load capacity spread across five buildings, and all will be supported by a 350MW onsite Arizona Public Service Electric Company (APS) substation.

Upon full development, the Atlanta-Metro campus is expected to support more than 275MW of load capacity.

The facility is also expected to establish redundant point of presence (PoP) connections to the Internet2 backbone, a research-based network for universities.

The Frankfurt campus is planned to house three multi-story data centers totaling 55MW of critical IT capacity and 650,000 square feet when fully developed.

Digital Crossroad has just announced the availability of its newly constructed 20MW data center located at the border of Hammond, Michigan, Indiana.

These North West and Midlands sites collectively add 8MW of IT load capacity and more than 80,000 square feet of net technical space to the company’s UK portfolio of edge data centers.

Codenamed LA3, the new data center is designed to span about 160,000 square feet with a total of 18MW IT capacity upon full build. The facility is located in downtown Los Angeles, and adjacent to CoreSite’s LA2 data center.

Cloud and data center service provider NTT Ltd., has just announced the opening of its new 64MW data center facility sited in Dagenham, East London. The new facility is called London 1 Data Center due to its proximity to the Docklands.