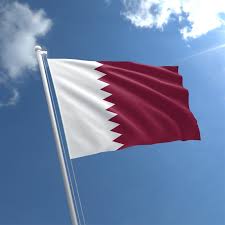 Qatar Gives Go Ahead for Microsoft

On Wednesday 2 January, 2019, the Minister of Justice and Acting Minister of State for Cabinet Affairs H E Dr Issa bin Saad Al Jafali Al Nuaimi announced at the Cabinet meeting held at Amiri Diwan that the government of Qatar has approved the setting up of Microsoft Data Center known as the “Azure Cloud Computing” in its planned “Media City” there in Qatar.

Before now, The Advisory Council discussed a draft law establishing the Media City in its regular weekly session held on 19 November 2018, under the chairmanship of Speaker of the Advisory Council H E Ahmed bin Abdullah bin Zaid Al Mahmoud. Under this draft law, the media city will be a legal entity with an independent budget. It is aimed at managing, developing the media activities, attracting international companies, research and training institutions in all fields of media.

The Media City is also designed to achieve economic and professional integration with the various state projects and to provide an interactive environment by the licensed companies working in the Media City, which will have the authority of granting licenses for television and radio broadcasting, licenses for publishing and distribution of newspapers, magazines, and books for eligible companies.

This venture brings Microsoft fully into the Middle East. Although they operates a Content Delivery Network (CDN) in Qatar, Microsoft however, has no active local cloud region. Announced plans to set up data centers in Dubai and Abu Dhabi is stated to be established this year. While we look forward to this development in the middle east, the plan to set up in Saudi Arabia seems threatened by the lingering murder case of Jamal Khashoggi the Saudi Journalist as lots of investors are withholding their offers.

Michael Ibbitson, the executive vice president for technology and infrastructure, Dubai Airports where Microsoft Azure is partly used alongside Precious Square footage, said in October 2018 that the airport will consider transferring their files, including financial data to Microsoft data center once that of Dubai is launched. This is not the only waiting customer, more are waiting for data center providers such as Microsoft and Amazon as the Middle East and Africa regions are worth $2.2 billion (Dh8.07bn) to cloud vendors, IDC Research Inc. says. That’s projected to grow 24 per cent a year on average, reaching $9 billion in 2022.

Although the size of the Media City is not yet public, it is however perceived to be a huge project and a great expansion opportunity to Microsoft thereby having their cloud services at the center of Qatar’s economy as well as that of neighboring and distant investors.