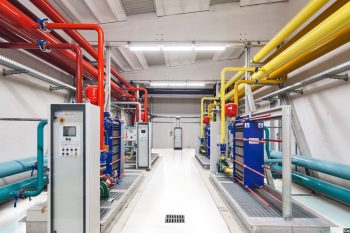 Profile
Aruba S.p.A’s  Global Cloud Data Center is a data center campus with a surface area of 200,000m2 in Ponte San Pietro (BG), just a few minutes from Milan. All the systems have been designed and built to meet and exceed the highest levels of resilience set by ANSI/TIA 942-B-2017 Rating 4 (formerly Tier 4). At the IT3 Data Center, traffic can be exchanged with all the operators on the Milan Internet eXchange in Milan, thanks to the MIX Point of Presence.

To mark the anniversary of the campus, Aruba has formalized extensive expansion work that involves the entire area and will lead to the imminent activation of two new data centers, called DC-B and DC-C. In detail, the DC-B will have a power of 9 MW, divided between three large rooms. The DC-C, on the other hand, will be a multi-storey data center with 4 data rooms located on two levels, and a fully operational power of 8 MW. The works on the DC-B will be completed by the first half of 2021, while those relating to the DC-C by the first half of 2022.