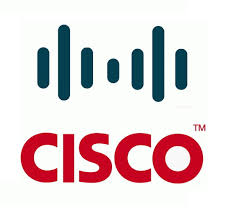 The demand for data center and IT infrastructure has opened the door for the rise of ethernet switch and router markets.

Synergy Research Group, recently released the Q3 data that shows that revenues have reached new record levels. Although the number for the market has only grown by an average of 1% every year, it has been enough to push quarterly revenues past US$11 billion, which exceeds all previous quarters. Revenues for the past four quarters were of $43 billion.

Nevertheless, it would seem that the increased revenue is going to just a few select number of vendors. Cisco’s share for the total of global switch and router market was only 53%, which has been the highest it has been for more than two years.

Synergy comments in relation of the individual segments, Cisco has shares that ranged from 63% of the enterprise router market to the 40% for service provider routers.

For the last 12 months in aggregate Cisco’s market share has been 50%, which is 2% points less from the last four quarters.

On the same list, the other companies that followed all had similar rankings in each of the three main segments. But generally in the second place was Huawei, then was Juniper, Nokia, Arista Networks, and HPE subsequently.

“Despite challenges from SDN, NFV and hyperscale’s’ own-design networking gear, the market for ethernet switches and routers is huge and continues to grow, albeit slowly,” says Synergy Research Group chief analyst John Dinsdale.

“While Arista is the high-growth star and Huawei continues to consolidate its number two ranking in the market, the biggest story is Cisco’s ability to continue controlling over half of the market. It had a particularly strong quarter and no other vendor is seriously challenging its position.”

According to Synergy, the general switch and router market shares of the five vendors who are placed after Cisco were in a range from 4% to 11%, which indicates that there is quite a long tail of retailers behind them with the most important disrupters being H3C and Extreme.

When taking in mind the geography, North America ranks as the biggest market with almost 40% of worldwide revenues, in second place following the Asia Pacific (APAC), and then Europe, the Middle East and Africa (EMEA), and Latin America at last.

It seems important to add that the APAC region has been consistent at being the fastest growing district being fueled partly by China’s spending.