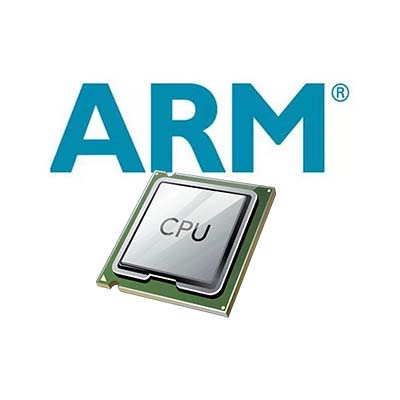 Arm CPU for Cloud and Edge

The multinational semiconductor and software design company, Arm Holdings which is owned by SoftBank Group, has just rolled out its latest CPUs Neoverse N1 and E1. These 7nm chips are designed to deliver high scalability and next-generation performance for cloud and edge computing.

In their blog post, Arm stated that the Neoverse N1 platform is the first compute platform from Arm capable of servicing the wider range of data center workloads with performance levels competitive with the legacy architectures used in the public cloud. While the Neoverse N1 is primarily built for optimized performance which focuses on raw computing speed, Neoverse E1 on the other hand, is built for maximum throughput efficiency which is focused on meeting 10 times the demand of today. Arm however, had processors such as Cortex-A72 which runs on servers and similar infrastructures.

“We believe in the growth of public cloud as the dominant server compute model, coupled with the extension of the modern cloud architecture to include compute capability deployed at the network provider edge. Deployment of compute closer to the edge is needed to enable the lower latencies specified by 5G. In addition, compute at the edge is absolutely required to cope with the amount of generated data from the IoT: intelligent IP connected devices that are increasingly part of a mesh of devices supporting users, rather than devices that users carry and personally maintain. The launch of the Neoverse N1 platform will prove to be a pivotal moment in this ongoing transformation,” said Brian Jeff,  Senior Director, Product Marketing, Arm.

According to Arm Product Manager, Tim Trepetch, “5G will require a rethinking in how the data is transported from edge to core, as well as a new infrastructure to handle this upcoming data deluge.” Neoverse E1 is therefore set to meet this network requirements and its throughput over the next 10 years as announced by Arm.

In terms of scalability, Trepetch added, “The flexibility of the Neoverse E1 platform allows it to scale from low-power device to high-performance 100Gbps+ appliances while leveraging common Arm AArch64 software and a diverse software ecosystem of cloud-native software that is increasingly being optimized for Arm.”

Intel which is currently at the top of the chip market may now have Arm to contend with. This however, depends on how fast any of the chip makers keep, convert and get new customers. It is however important to note that many of the biggest open-source and proprietary projects and distributions run on Arm chips, including Red Hat Enterprise Linux, Ubuntu, Suse, VMware, MySQL, OpenStack, Docker, Microsoft .Net, DOK and OPNFV. They also have AWS and Huawei as partners. “We’re working with more and more people in the ecosystem and getting a substantial amount of support,” said Drew Henry, Senior Vice President and General Manager, Infrastructures, Arm.