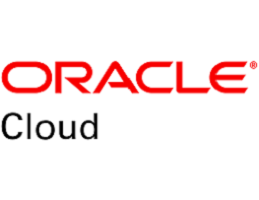 The dull and decelerating earnings report in the cloud sector of the American Tech Company, Oracle Corporation, in recent times has been an issue of concern for investors and potential partners. This concern is currently heightened upon the news of Thomas Kurian’s move to Google Cloud. Investors’ are now on the verge of writing-off Oracle Cloud business with keen attention to the red fonts on earning reports and analysis.

As President of Product Development at Oracle Corporation, Kurian was head of Oracle cloud and has been with the company for over 20 years. His impact to the success of Oracle is highly placed. Don’t forget he was the 18th highest-paid man in the US and 5th highest-paid tech executive in 2010. If Kurian is leaving Oracle, then it should be on the grounds of retirement, but this wasn’t the case on November 16, 2018 when the movement to becoming Google Cloud CEO was announced.

Connecting the dots is reawakening the fears of investors as speculations are making the news by the day when it comes to Oracle Corporation.  Recent drops started with Oracle having the worst one-day percentage drop for stock price since June 2013. On that Friday of September 2017, Oracle was the worst performing stock on the S&P 500 index, dropping 7.7% to close at $48.74 with 65 million shares trading, well above the 52-week daily average volume of 12.7 million shares. The year ended with analysts raising concerns over disappointing Oracle forecasts with same expectation in 2019.

Just in the second quarter of 2019, Oracle stopped specifically announcing its cloud revenue. It was a sudden change in their report structure which does not prioritize the cloud business. The total figure was not included in the given report and had to be shared via a conference call to Oracle Co-Chief Executive Safra Catz. “There is no hiding. The cloud number is $1.7 billion,” she said. This figure reflected a growth of 21.4%. In comparison to the growth of 58% in the fiscal fourth quarter of 2017, this remained a drop in earnings.

Just when Oracle was expected to fight its way to the top of the chart, Its Executive Chairman Larry Ellison, went on to dash embarrassing words on Amazon for relying on Oracle software to track transactions and store information, even when Amazon sells its own competing products, such as  Redshift, Aurora and DynamoDB to the public. And here is the cash-draining response Oracle got from Andy Jassy, Lead at Amazon Web Services.

“In latest episode of ‘uh huh, keep talkin’ Larry,’ Amazon’s Consumer business turned off its Oracle data warehouse Nov. 1 and moved to Redshift. By the end of 2018, Amazon will stop using 88% of its Oracle databases, including 97% of its mission-critical databases”

Kurian was leaving Oracle – It was perceived by the public but dismissed as a rumor by Co-Chief Executive Mark Hurd when he added “He’s taking a break and we expect him back”. Just 10 day after, Google announced that Thomas Kurian would join as CEO of Google Cloud, replacing Diane Greene.

Where will the confidence in Oracle come from for already-panicking-investors?